The combination of the softness of this stylish sofa with a selection of our coffee tables creates an intimate, comfortable living room, but the star of the show is surely the Silo chandelier. Elegant by day, it becomes even more stunning once night falls and you have the glow of its 26 cylinders carved out of Bianco Carrara marble. One for the wish list? Credits: Design by David Lopez Quincoces, Elisa Ossino Interior design by Elisa Ossino Studio Erei sofa by De Padova Cicognino coffee table by Cassina Cracked slip vase by Matthia Kaiser - Salvatori, Design for a better life

Here's a peek at one of the bathrooms of our Hong Kong project where the theme is all about creating clean lines and a delicate refined atmosphere. The gentle curves of our Balnea basin certainly make that easy to achieve, don't you think? Credits: Design by Elisa Ossino, Salvatori+Fantini, Piero Lissoni Interior design by Elisa Ossino Studio - Salvatori, Design for a better life

Many believe that the kitchen is the true heart of a home, the place where family and guests instinctively gather. A large kitchen is a joy to both work and socialise in. Does this light and airy space appeal to you? Credits: Design by Piero Lissoni, John Pawson, Elisa Ossino Interior design by Elisa Ossino Studio Gebr?der Thonet Vienna chairs by Wiener Stuhl Mod. 2065 ceiling lamp by Astep - Salvatori, Design for a better life

The beauty of our Infinito texture lies in its seamless lines that are perfect for a shower wall, creating a corner in your home in which you can forget the stress and worries of the world outside. Here we've gone for a lovely moody atmosphere with the choice of Pietra d'Avola limestone. Does this appeal or are you more a fan of a classic white bathroom environment? Credits: Design by Salvatori+Fantini, Piero Lissoni, Elisa Ossino Photo by Matteo Imbriani - Salvatori, Design for a better life

Natural stone is much loved and admired as a material, but there are a couple of misconceptions about how easy it is to use for a project. Often there is a fear that although it is beautiful, it creates difficulty in terms of installation, especially in countries where perhaps tradespeople aren't used to working with it. Read the full article here: http://ow.ly/xmne50AkHvZ Leggi la versione in italiano qui: http://ow.ly/s8OC50AkHvY

Today we're in London, in our flagship store in Wigmore Street. For this corner we chose Pliss? texture in lovely dark Pietra d'Avola limestone as the backdrop for a basin in classic white Carrara marble. What do you think of the combination of dark and light here? Credits: Design by Elisa Ossino, Salvatori+Fantini, Vincent Van Duysen Photo by Joakim Blockstorm - Salvatori, Design for a better life 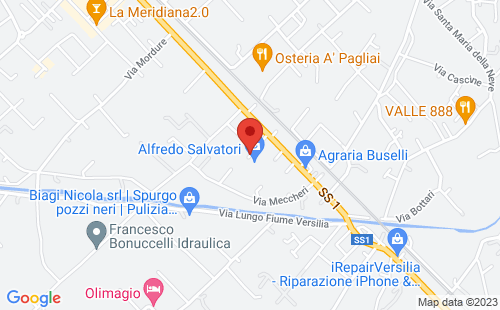 Omschrijving
Since 1946, Salvatori has worked closely with architects, designers and builders to provide not only practical support, but also inspiring new ways to work with stone which often challenge traditional thinking. This approach, combined with an innate solution-finding mentality and an eye for finesse and aesthetics, has led to the Salvatori name becoming synonymous with innovation, design and excellence the world over.

Our head office is based in Northern Tuscany, on the coast just a few kilometres from the artists’ haven of Pietrasanta, and less than 30 minutes from the imposing quarries which are home to the famed Carrara marble.

Innovation is entrenched in the DNA of the company, and in fact we scored a world first right back in our earliest days when founder Guido Salvatori invented the Split Face (Spaccatello) finish in 1950.

Working with clients that count among them Armani, Bergdorf Goodman, Louis Vuitton and Boston Consulting Group, we pride ourselves on providing much more than mere product. We work alongside our partners right from the beginning of a project, with advice on the stone itself, design, installation and care, covering both practical and aesthetic aspects.

Today the third generation continues the story of innovation with CEO Gabriele Salvatori and his brother Guido at the helm.
Video
Brochures, Documenten, Links