We present you the project that the architecture studio Grupo Picad has made together with the company Vipecons, a spectacular swimming pool design in a reduced space. The combination of the two technical collections Tech Land and Tech Rail provide greater value in #safety, #antislip, #resistance and finish thanks to its wide range of #specialpieces. To watch the video and complete project click here \ufffd https://www.natucer.es/magazine/en/proyecto-piscina-tech-land-tech-rail/ #arquitectura #pool #exterior #exteriordesign #proyectopiscina #verano2020 #ceramicapiscina #dise?opiscina #piscina #pooldesign

Enjoy summmer vacation at #home. Given the current situation, #renewing our #pools is a good option. Natucer offers a Class III non-slip extruded #porcelain, resistant, #hygienic and #safe. It's #antibacterial effect prevents the growth of bacteria and facilitates #cleaning and maintenance. The perfect solution for any type of pools. ?\udd0e https://www.natucer.es/en/producto/estancia/piscina #moodboardinterior #moodboardinspiration #moodboarddesign #conceptualdesign #internidesign

Natucer presents with Muretto a new proposal for #subway #tiles. A #porcelain tile with extreme #glossy finish and very natural #metallic effects that enhances the contrasts between lights and shades.Muretto is a collection that provides exclusivity and glamour to each stay, making it suitable for #Indoor or #Outdoor applications, and both for #flooring or for #wall installations. ?\udd0e https://www.natucer.es/magazine/en/muretto/ #arquitecturaydise?o #walldesign #floordesign #azulejos #porcelanico #internidesign #conceptualdesign #tileofspain 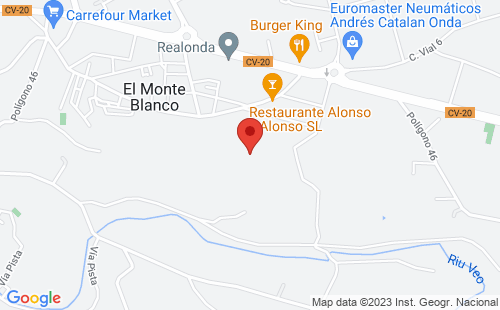 Omschrijving
Natucer started out by the end of the 90´s, matching up with the Spanish technological revolution and the producction of pressed wall tiles through quick fire.

In its founding moment, the quick firing technology was questioned to be able to substitute the over 24 hours firing technology existing in the extruded ceramics field those days. It was not going to be easy to Natucer as there were no former records in Spain about it, but thanks to ITC (Ceramics Technology Institute) we got down to work and achieved a 1400sqm a day production of unglazed products.

Our next step consisted of investing in Research and Development, creating within the company our own developing lab, its building concluded in 1992. Thanks to the above mentioned lab, new clay formulae were born and led us to achieve lower firing times and hence, increase our production up to 3000sqm a day. In 1996 we increased our staff and our production capacity. That year, Outdoor ice-resistant glazed floor tiles were created.

In 1997, we started to produce the extruded ceramic wall tiles and at the same time, as a result of our Research and Development dedication, Natucer launched the first extruded brightness surface wall tiles to the market. Such products presentation was held at CEVISAMA'98.

Some years later in 1999, Natucer introduces an new manufacturing system with the rotocolour technology, with seven heads, which allows the extruded parts to be decorated with serigraphy. This let us to position ourselves in an avant-grade segment of the world's ceramic market. These products were presented for the first time in CEVISAMA 2000.

Over the course of 2000, following on technical novelties, we developed a new outdoor ceramic floor tile called ''FilterFloor'' which prevents from water blockage problems allowing it to disappear naturally.

Both outdoor and indoor extruded porcelain floor tiles were also developed in the year 2007.

During 2010 and 2011, Natucer's challenge was to introduce the ceramic digital printing in its production system.